Congratulations to all of the 2011 NLLEA award recipients!

At this year’s 25th Annual Conference in Orlando, FL, the NLLEA had the opportunity to recognize the following members and agencies for their outstanding work in the field of liquor law enforcement.

The John W. Britt Community Service Award is named for a former Deputy Director for Operations for the North Carolina Alcohol Law Enforcement Division who died unexpectedly in 1995.  John Britt was also a charter member and past president of our Association.

The 2011 John W. Britt Community Service Award goes to the Friday Night Live Partnership in California.  Since FNL began in California in 1984, it has continually grown, developed, expanded and rededicated itself to reducing the number of youth deaths and injuries from impaired driving.

What began as work primarily focusing on high school students has grown to involve middle and elementary school students and the FNL program has been implemented in nearly all of California’s 58 counties.   The primary focus of the FNL programs is to form youth/adult partnerships by working hand-in-hand with young people on the activities they feel passionate about while preparing to keep them drug and alcohol free and fully prepared for the societal challenges they face.

The California ABC has been pleased to partner with the FNL partnership on numerous underage compliance check and shoulder tap operations, and it has been a very productive partnership.  In addition, the CABC’s TRACE protocol was initiated in part by Lynne Goodwin, a coordinator with FNL, following the senseless death of her daughter Casey Goodwin who was killed by an underage drunk driver.  Casey had been an active member of Friday Night Live. The NLLEA was especially that Lynne Goodwin was able to accept the award on behalf of the Friday Night Live Partnership.

The NLLEA’s Award for Most Innovative Liquor Law Enforcement Program is given in recognition of effective programs, programs that have produced positive changes in community alcohol-related problems, or programs that have resulted in new efficiencies or fiscal saving for liquor law enforcement. The Howard County Department of Police “Fake ID – Real Problem” was a program initiated by Detective First Class Mark Baxter in 2010 as a result of the number of problems his department encountered with youth using fake IDs.  DFC Baxter convinced local liquor stores, bars and nightclubs to work in conjunction with the Police Department in seizing fake IDs and turning them over to him.

In doing so, DFC Baxter uncovered and investigated a wide-spread fake ID manufacturing business.  DFC Baxter initiated a five month undercover investigation into this fake ID manufacturing business which included multiple units, the use of minor cadets to make the attempted purchases, and rolling surveillance.  DFC Baxter was able to identify the ID manufacturer as an individual in the neighboring county of Anne Arundel and upon further investigation, requested the assistance of the United States Immigration and Customs Enforcement as well as a federal prosecutor.

After securing more than 100 false IDs that had been manufactured by the same suspects, on October 12, 2010 federal arrest warrants and search and seizure warrants were issued for the two suspects. The investigation ultimately resulted in the seizure of over $100,000, as well as weapons and other contraband.  It is estimated that over two years more than 3,000 fake IDs were produced and distributed to teenagers.

Investigators Dave Webster and Dolisa Perez of the Southern Division Special Operations Unit of the California Alcoholic Beverage Control are well deserving of this award.  In June of 2010, the Special Operations Unit received information that employees were dealing drugs at several bars in the city of Escondido.  Investigators Webster and Perez quickly formed a partnership with the Escondido Police Department to combat the problem. They took the lead in the investigation and were responsible for all the undercover work and logistics planning of the operation.

What started as a typical ABC undercover narcotics investigation quickly turned into a complex and demanding operation that grew to encompass seven licensed establishments in a number of weeks.   Investigators Webster and Perez drew from their combined experience to devise an undercover operation that allowed them to infiltrate the criminal enterprise at each location and to effectively link employees in all seven locations with the drug sales.

The investigation was finalized in late October 2010 and yielded nineteen arrests in seven locations.  Investigators Webster and Perez made a total of thirty-two undercover narcotics buys, which included methamphetamine, cocaine, illegal prescription drugs, and high-grade marijuana.  In addition to the criminal arrests, all of the licensed establishments have had their licenses suspended, and the Escondido Police Department thanked the investigators for ending a major source of constant drain on their resources responding to these locations for calls for service related to disturbing the peace, drunks, fights, narcotics, and DUI arrests.

The 2011 NLLEA Liquor Enforcement Agency of the Year was awarded to an agency that has consistently worked to proactively enforce alcohol laws to make their communities safer. The Enforcement Division of the Kentucky Alcoholic Beverage Control is a highly motivated group of men and women dedicated to the enforcement of all state statutes concerning alcoholic beverages with a specific focus in curbing underage drinking.

The Enforcement Division is tasked with monitoring over 8,000 alcohol licensed premises with only twenty-five investigators.  Nevertheless, in 2010 enforcement personnel conducted 3,616 compliance checks for a compliance rate of 94%.

They also implemented another proactive strategy named Targeted Enforcement Details that focus on point of sale, third party transactions, fake IDs, drug violations and possession of alcohol by minors violations.   These details work in unison with other law enforcement agencies centered on social events where there is a high concentration of minors and alcohol sales. The Kentucky ABC conducted 56 targeted enforcement details in 2010 resulting in 830 citations.

An educational program within the Kentucky ABC is the Server Training in Alcohol Regulations, or STAR, a program in which more than 4,000 individuals were trained in 2010. The Kentucky ABC considers the STAR program a contributing factor in the decrease in sales to minors that they have seen since 2001. In addition, the KABC issued more than 1,900 criminal citations and 340 administrative case reports in 2010. 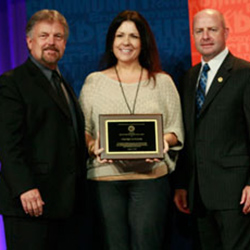 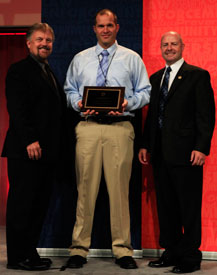 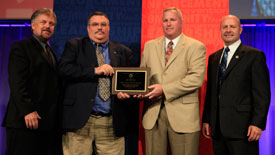