Congratulations to all of the 2017 NLLEA award recipients!

Each year the National Liquor Law Enforcement Association recognizes the strongest operations, efforts, and leaders in the field of alcohol law enforcement. The 2017 award recipients were presented with commemorative plaques at the 31st Annual NLLEA Conference “Alcohol, Tobacco, Cannabis and More: Meeting the Evolving Expectations of Regulation and Enforcement” in Oklahoma City on Wednesday, August 23, 2017.

The 2017 John W. Britt Community Award was given to the Wichita Mountains Prevention Network (WMPN), a non-profit substance abuse prevention agency in Oklahoma. The WMPN is completely funded by grants and provides prevention services to fifteen rural counties in Oklahoma. The WMPN has partnered with the ABLE Commission to prevent underage drinking and other alcohol-related harms. The Wichita Mountains Prevention Network played a crucial role in the “Sequins & Sirens” program to reduce prom season underage drinking. They also worked with ABLE to host local law enforcement trainings to increase awareness of alcohol laws and the willingness of local law enforcement to enforce social host laws, conduct controlled party dispersals, and conduct source or TRACE investigations when needed.  The John W. Britt Community Service Award recognizes the dedication and significant contributions of the Wichita Mountains Prevention Network for their efforts to bringing positive change in their communities through improving the connections and collaboration amongst law enforcement, media, educators, and prevention specialists by changing the public’s attitude that underage and binge drinking are a rite of passage. Executive Director Lisa Barnes and her colleagues accepted the award.

The 2017 NLLEA Innovative Alcohol Law Enforcement Program Award was given to the DC Alcoholic Beverage Regulation Administration (ABRA). The DC Double Check 101 Program was created by ABRA to combat underage drinking and is a joint partnership between ABRA, the National Capital Coalition to Prevent Underage Drinking, the Metropolitan Police Department, and Addiction and Prevention Recovery Administration and all eight of the major universities located within the District of Columbia.  Since the creation of the program in 2009, it has helped reduce underage drinking in the Washington D.C area through both educational and enforcement components. ABRA investigators conduct regular “ID checks” at ABC establishments that are frequently visited by college age individuals. There has been increased awareness of the dangers of alcohol abuse in universities since the launch of the program.  For the year 2016, ABRA has completed compliance checks for 1420 establishments, with a 10.6% violation rate.  Through April 2017, ABRA completed compliance checks at 665 establishments, and the violation rate has decreased to 8.4%. Through the success of the program, the district has seen measurable results in the reduction of underage drinking.  NLLEA President James Jones, Jr. presented the award for Innovative Alcohol Law Enforcement Program of the Year to Chief Johnnie Jackson, Jr., of the District of Columbia Alcoholic Beverage Regulation Administration.

The NLLEA awarded the 2017 Agent of the Year to Andrew Bouza in recognition of his outstanding work in the field of alcohol law enforcement and service to his community. Agent Andrew Bouza of the Ohio Investigative Unit receives outstanding praise from his agency for being a dedicated, reliable, and positive member of the unit’s team. He is always eager to take on new challenges and works tirelessly to make sure investigations are completed in a timely and professional manner. Agent Bouza has been a mentor and role model to junior agents while still working on numerous undercover investigations that involve gambling and narcotics investigations. In 2016, Agent Bouza took on the task of conducting a long-term investigation regarding narcotics, nudity and prostitution violations in a licensed establishment. As a result, Agent Bouza was able to charge over 20 employees and 4 patrons on various charges, including drug trafficking and solicitation for prostitution.  He worked diligently to tie the bar’s management to the illegal activities taking place at the bar, and as a result, there were 83 arrests and 29 violation notices issues to the liquor permit.  Agent Bouza is always willing to help other agents with their cases in addition to his own. For instance, he was the undercover officer in cases involving Receiving Stolen Property and Food Stamp Trafficking. Ultimately this resulted in 22 arrests and 14 violation notices to liquor premises.  Agent Bouza has also been recognized by supervision around the State. Agent Bouza has been requested to assist other districts with investigations at liquor establishments involving improper conduct, prostitution and narcotics, and has successfully completed many gambling investigations at various liquor establishments throughout northeast Ohio. The NLLEA was honored to present Agent Andrew Bouza his award at the annual conference.

The NLLEA’s Award for Alcohol Law Enforcement Agency of the Year Award is given in recognition of demonstrated agency effectiveness, implementation of innovative programs, community or media recognition or model training programs or practices. The 2017 award recipient, the Virginia Alcoholic Beverage Control Bureau of Law Enforcement, has demonstrated all of these strengths over the past year. The agency has investigated numerous incidents of violent crime at various licensed establishments around the commonwealth resulting in six successful immediate license suspensions. Virginia ABC and the Library of Virginia partnered to present an exhibit exploring the tumultuous days of Prohibition entitled “Teetotalers & Moonshiners, Prohibition in Virginia”. This exhibit included a presentation by current and former ABC agents highlighting Virginia’s storied past regarding the illegal distillation of spirits going all the way back to colonial times. Virginia ABC launched an online version of its free alcohol responsibility training courses—Responsible Sellers and Servers Virginia’s Program (RSVP) and Managers’ Alcohol Responsibility Training (MART)—making these programs much more accessible to the more than 17,000 ABC-licensed businesses across the commonwealth.  Lastly, the Virginia ABC partnered with the NLLEA in 2016, with NHTSA funds, to vastly increase their outreach and training to local law enforcement agencies.  While contractually obligated to provide 20 trainings to local law enforcement during the scope of the project, Senior Special Agent David Huff and his team went above and beyond the minimum number of trainings, training close to 500 officers in 35 trainings during the funding period and continuing their efforts well after the project had ended. 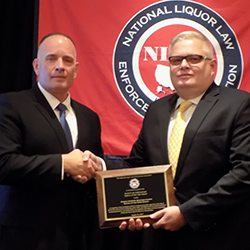 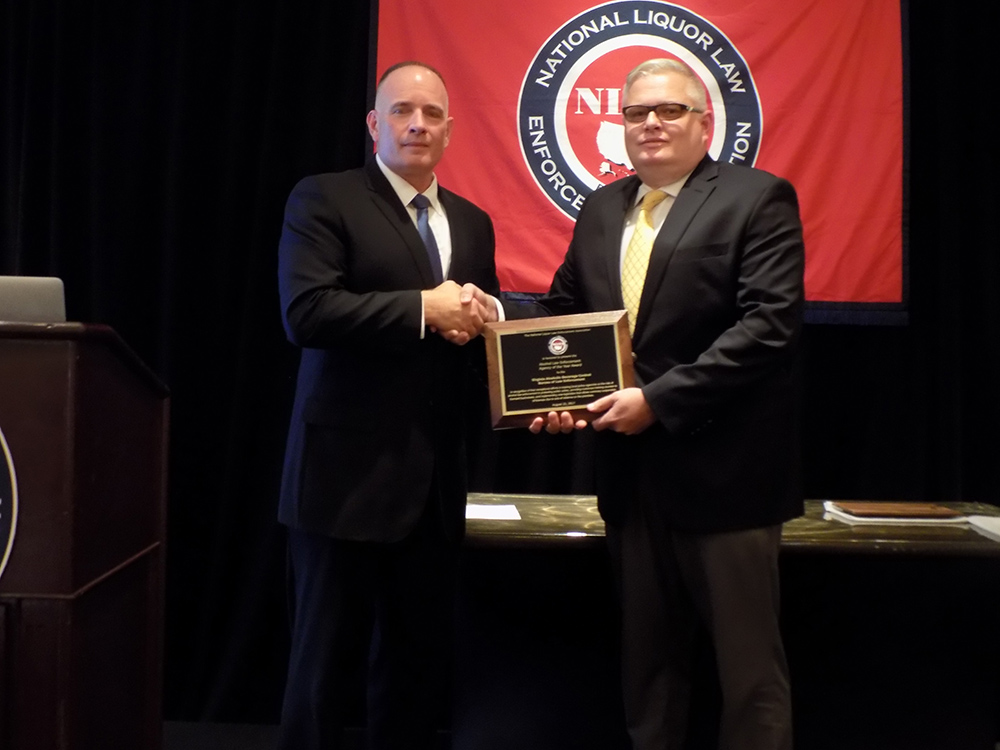 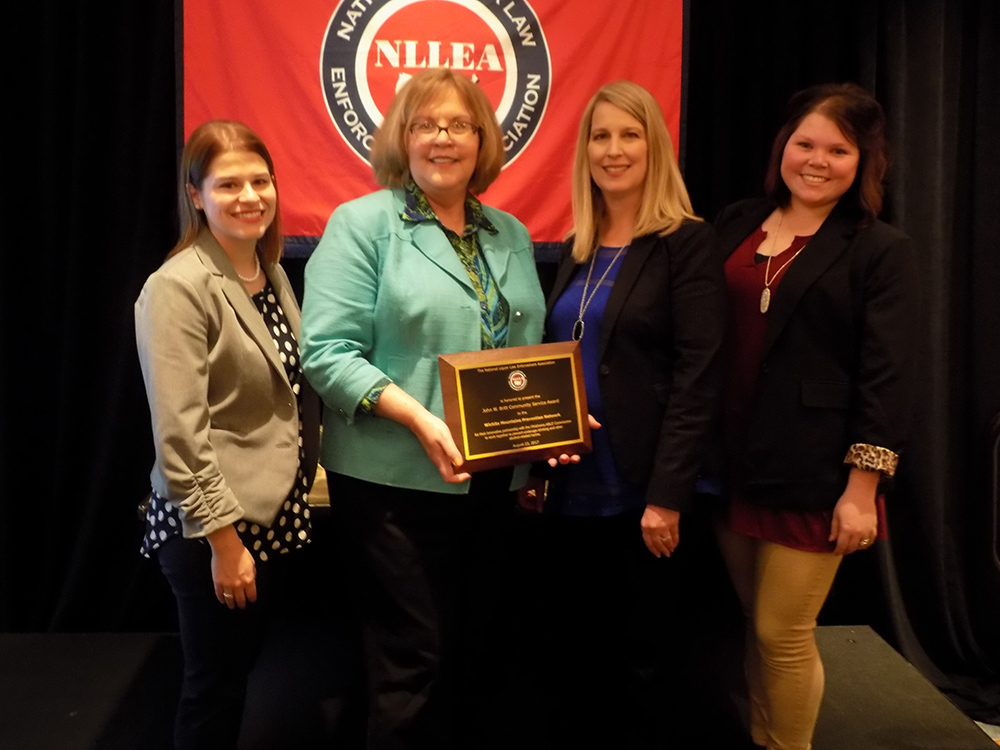 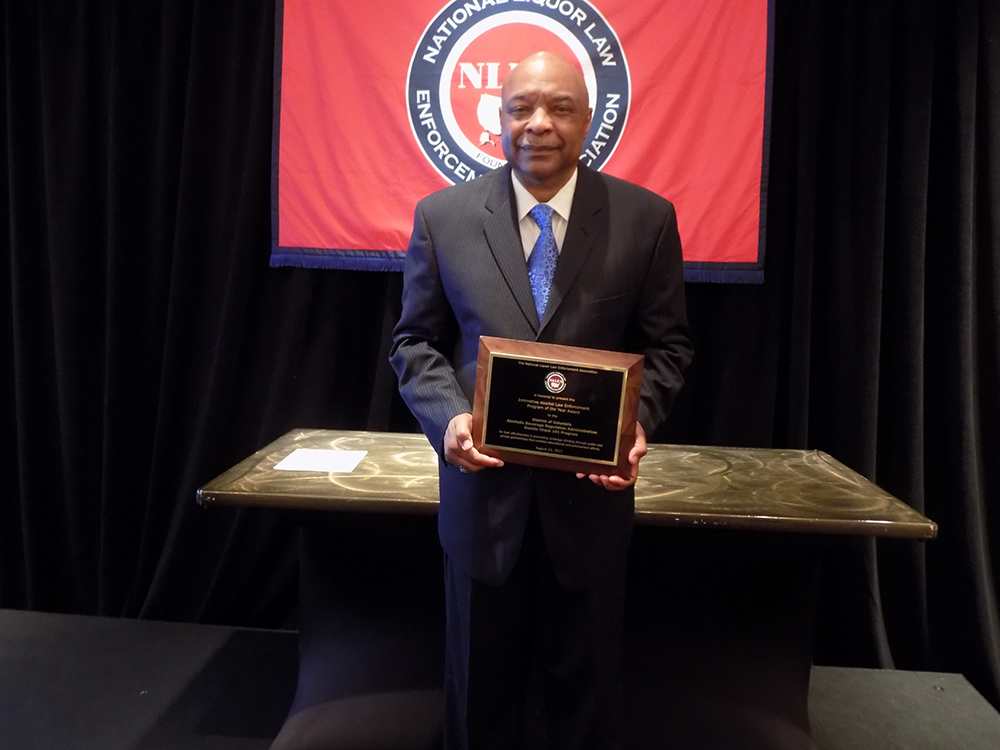