Deputy Director Kracyla currently serves as the deputy director of Delaware’s Division of Alcohol and Tobacco Enforcement, with over 34 years of law enforcement experience. He is the operations manager for 17 sworn law enforcement officers that have statewide jurisdiction and arrest powers to enforce all laws of the State of Delaware. Deputy Director Kracyla is also a commissioned officer in charge of the US Food and Drug Administration Program for the State of Delaware. He supervises the criminal and administrative investigations involving the Delaware Liquor Control Act and the Delaware Alcoholic and Administrative Rules of the Delaware Alcoholic Beverage Control Commissioner. Deputy Director Kracyla retired from the Delaware State Police as a sergeant after 26 years, where he was a member of the Special Operations Response Team (SORT) for 23 years and a team leader on SORT Team for 15 years. He participated in over 2000 search warrant executions between his time with DSP SORT and the FBI’s Violent Crime Task Force. Additionally, he served as the officer in charge of the executive protection detail assigned to Governor Markell for almost three years before his retirement from DSP. Deputy Director Kracyla has been a certified firearms instructor since 1994. He is a certified explosive breacher and certified by The Department of Homeland Security as a SWAT I operator. He is an adjunct instructor with the Government Training Institute teaching SWAT tactics and is an adjunct instructor at Delaware Technical & Community College. He is a TASER instructor, reality based instructor and has extensive training in SWAT team management. Additionally, he is a private security contractor and has travelled routinely to the Middle East on deployments.

Mr. Croft began his liquor law enforcement career in early 2000, after serving two years as a law enforcement officer at both the county and city level in Medina County, Ohio. He attended Ashland University, where he received a Bachelor’s of Science in both Criminal Justice and Sociology. During his career as an enforcement agent with the Ohio Investigative Unit, he has served in three different district offices: Toledo, Cleveland and Akron. Mr. Croft's primary assignment has been liquor enforcement and the investigations of other crimes involving permit premises. He has also been a member of multiple county, state, and federal task forces. Through these partnerships, he learned the importance of collaboration amongst agencies to combat criminal activities revolving around liquor permit premises. In 2006, Mr. Croft received a promotion to the rank of Assistant Agent in Charge (AAIC) and was assigned to the Columbus District Enforcement Office. As an AAIC, his primary job duties were to oversee day-to-day field operations of enforcement agents and also to conduct undercover operations. In 2010, He was promoted to the rank of agent in charge and remained in the Columbus Enforcement Office. In 2011, he transferred to the Cleveland Enforcement Office where he oversees all daily functions, both operational and administrative. During his tenure as AAIC, Mr. Croft has overseen hundreds of investigations, search warrants, suspect apprehensions and financial seizures. The Cleveland Enforcement Office continually leads other OIU offices in the state in search warrants executed, monies seized, and felony arrests. In Ohio, Mr. Croft has been highly involved in the "Trace Back" (Source Investigations) program. Within the last several years, OIU has investigated hundreds of permit premises and individuals as a result of this program, a program Mr. Croft feels illustrates the importance of liquor law enforcement in our country.

In January of 2011, John Yeomans was appointed as Director of the Division of Alcohol & Tobacco Enforcement (DATE). Prior to his appointment, Director Yeomans retired as a Captain from the Delaware State Police in 2007, after 25 years of service. During his tenure with the Delaware State Police, Director Yeomans served in a number of different units including, Troop Commander, Director of Human Resources, Director of Public Information Office, Internal Affairs, Homicide, Executive Staff Support, Criminal Investigations and Patrol. Director Yeomans also founded and was team coordinator for the State Police Critical Incident Stress Management Team, which provides support for both sworn and civilian personnel who are involved in a traumatic job related episodes.

Todd Merlina has been enforcing the Liquor Laws in Pennsylvania for 32 years. His career has included undercover investigations and prosecution in all parts of Pennsylvania as both an officer and a supervisor.

In his career Todd has been involved with developing the Bureau’s alcohol education program “CHOICES”, assisted in adapting the nationally recognized program “Cops in Shops” to Pennsylvania, and developed and continues to manage the Bureau’s Age Compliance Program.

In Todd’s current position as an Enforcement Supervisor he oversees the Bureau’s Compliance, Auditing, & Gambling Enforcement Unit (CAGE). Todd’s duties also include being a Special Project and Training Coordinator for the Bureau.

For the last several years Todd has been traveling the state and country providing training on the “best practices” in Alcohol Enforcement.

Todd believes that Liquor Enforcement Officers and individuals in the industry should be experts on the laws and understand the history and enforcement efforts of their state and the nation regarding alcohol.

Justin Nordhorn is the Chief of the Enforcement and Education Division of the Washington State Liquor and Cannabis Control Board. He started with the Liquor Control Board as an entry level officer in 1998, and was appointed Chief in September 2011. He has 20 years of experience in the field of law enforcement, holds a Bachelor's degree in Law and Justice from Central Washington University, and is a graduate of the Northwestern University School of Police Staff and Command. Chief Nordhorn leads a staff of 100 commissioned law enforcement officers and 21 non-commissioned staff. His responsibilities include the day to day operations of liquor, tobacco, and marijuana enforcement and statewide enforcement policy development. He is also actively involved in labor relations, rulemaking, and legislation. 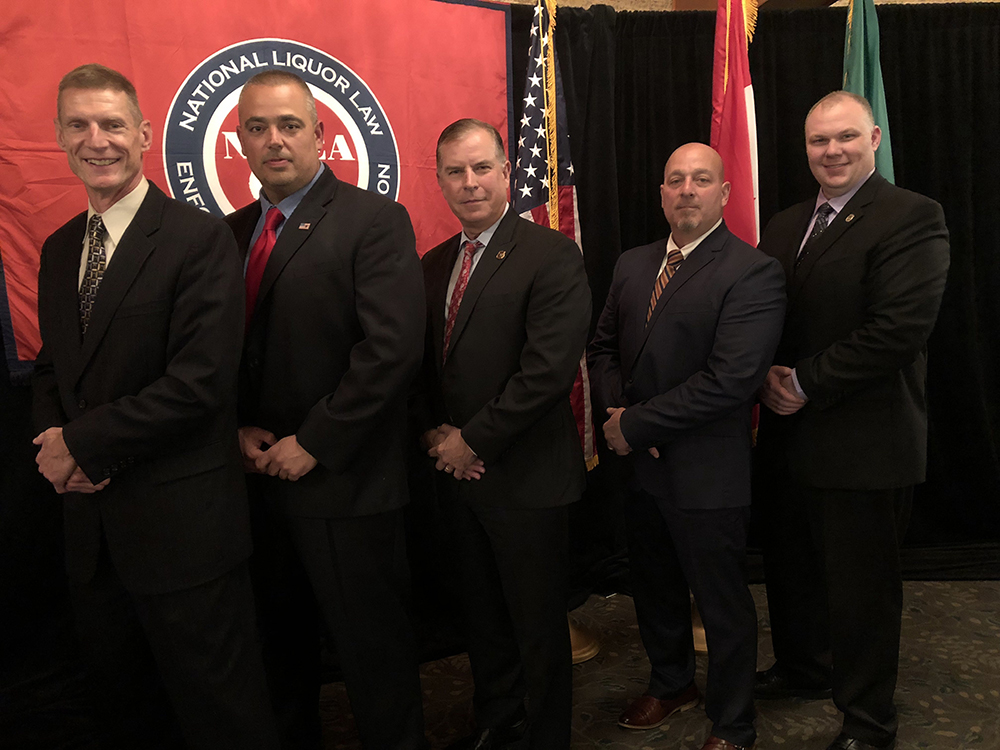