24th Annual Conference Enjoyed by All in Sunny SoCal!

This year’s 24th Annual Conference, Advancing Liquor Enforcement for a Better Tomorrow, was held at the Anaheim Marriott in Anaheim, California. For three days in August, NLLEA conference attendees gathered in conjunction with the Office of Juvenile Justice and Delinquency Prevention’s National Leadership Conference attendees to promote innovative alcohol law enforcement strategies and programs, and have a little fun along the way!

The conference began on Wednesday afternoon with standing room only for the NLLEA’s Opening Ceremonies. The speakers - NLLEA President Frederick Mahony, California ABC Chief Deputy Director Timothy Gorsuch, Anaheim Police Department Chief John Welter, Associate Administrator for Alcohol Policy Steve Wing of SAMHSA and past conference alums Sharie Cantelon from OJJDP and Bob Hohn of NHTSA – provided an overview of alcohol law enforcement efforts that have included multiple partnerships and other successful collaborations used to protect public safety on all levels. The Orange County Sheriff’s Department was on hand to present the colors and Tiffanie Levin and Eric Ramirez sang the US and Canadian national anthems. After the opening session, NLLEA members attended the President’s Reception in the Presidential Suite and enjoyed being able to watch the nightly Disneyland fireworks from the Suite’s balcony.

Thursday morning began with NLLEA General Session, “Source Investigations: Getting to the Provider”, led by Chris Curtis (PIRE), SuAnn Cook (Ohio Investigative Unit) and Mark McCullough (CA ABC) in which the presenters described what source investigations entail as well as provided recommendations for best practices in conducting these important investigations. Stimulating workshops on fake IDs, the STOP Act and financial investigations then followed prior to the NLLEA Networking Lunch and Business meeting where Phillip Calvert of the Alabama Alcoholic Beverage Control Board was elected as the new NLLEA Sergeant-at-Arms. Congratulations, Phillip! That evening the NLLEA banquet was held in the lovely Tiffany Terrace where members were able to mingle prior to dinner and the swearing in of the new officers.

The NLLEA Executive Board was very pleased with the outcome of this year’s conference, thanks in no small part to the co-hosting of the conference by the California Alcoholic Beverage Control. CABC representatives went above and beyond the call of duty in conducting workshops, speaking at press events, coordinating the ride along exercises and generally highlighting the great work their agency does. Thanks again for a great conference, and keep your eyes on your inbox for more information on the 25th Annual Conference, coming in January! 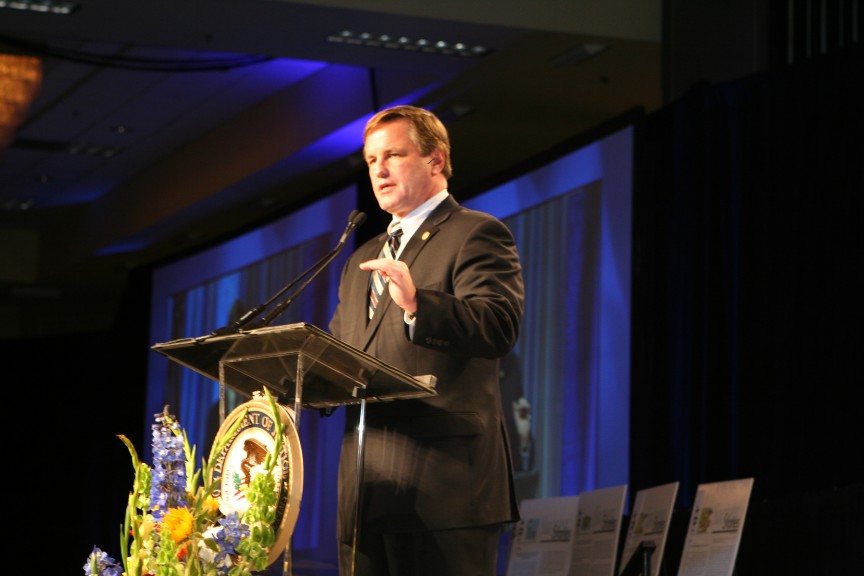